15 Things To Do In Matthews 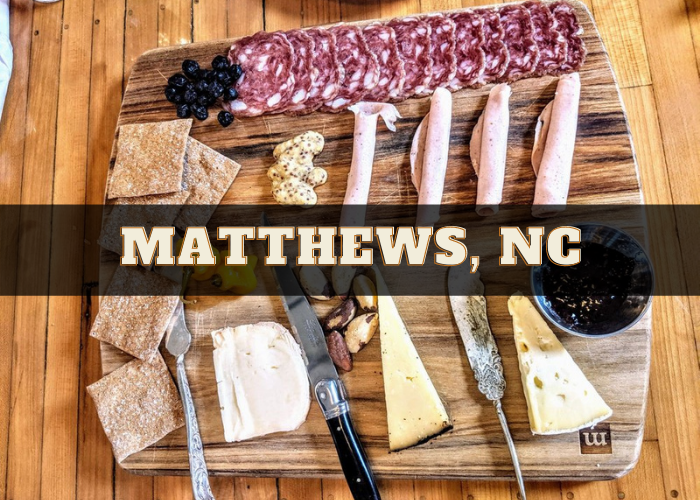 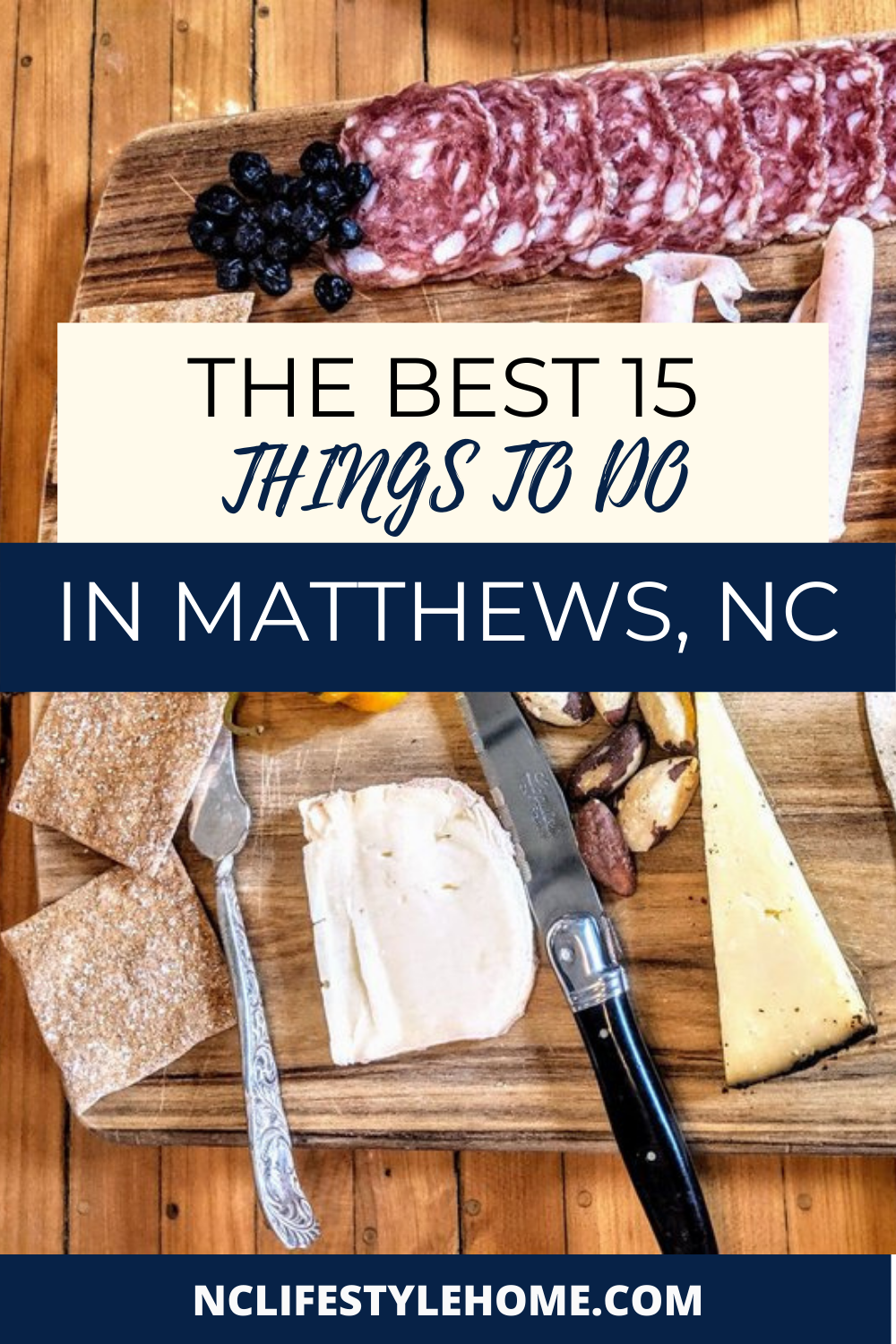 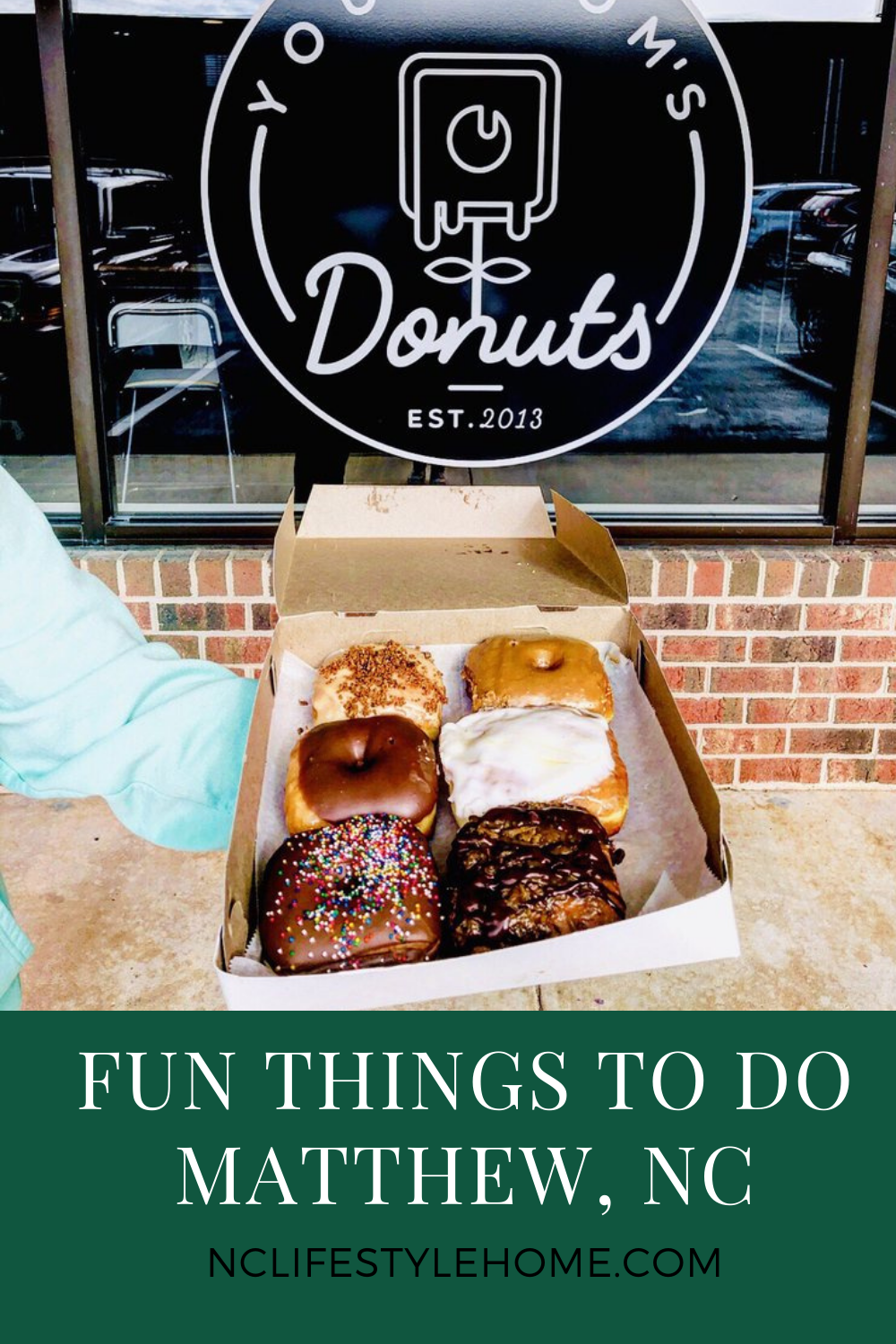 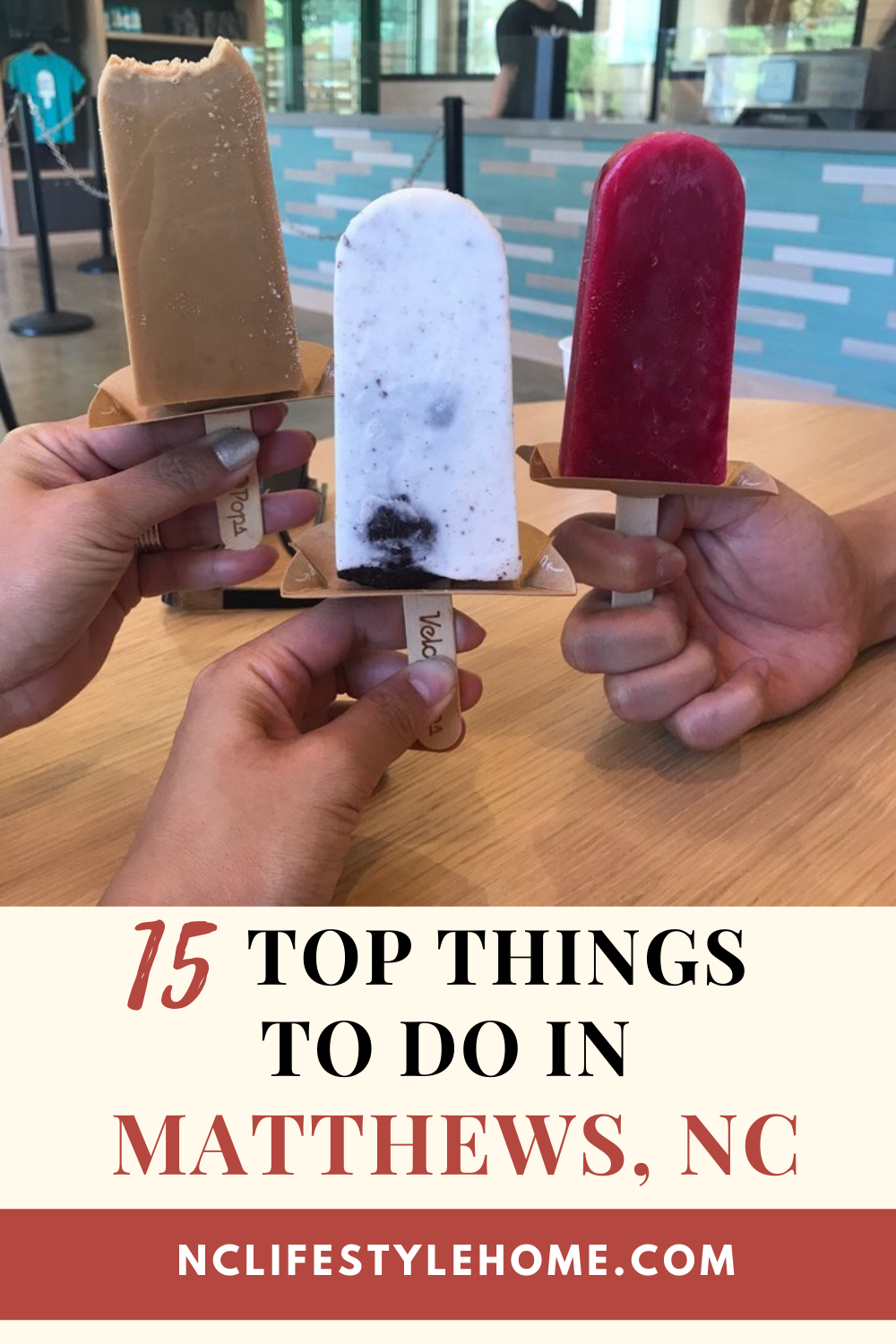 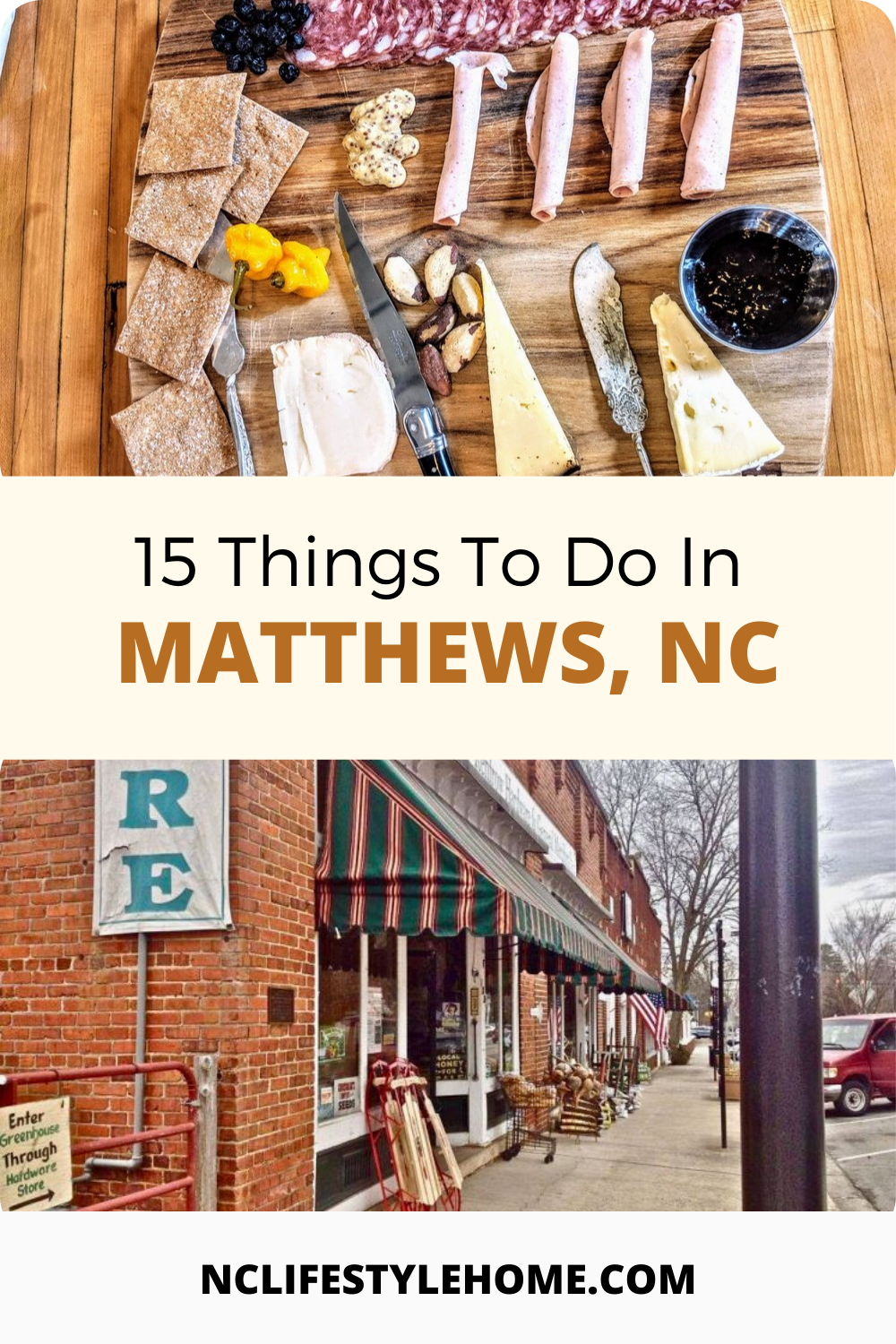 Located just 25 minutes southeast of uptown Charlotte, Matthews has become a hot spot for homebuyers over the years and for good reason! Matthews’ affordable home prices, close proximity to Charlotte, great restaurants, and plenty of things to do make this community one of the last hidden gems in the Charlotte area. Take a look at our list of things to do in the area!

If you’re considering buying or selling in the area, contact us HERE to receive up-to-date info on Matthews homes. We specialize in the area and would love to help you with your move!

1. Enjoy a donut masterpiece at Your Mom's Donuts 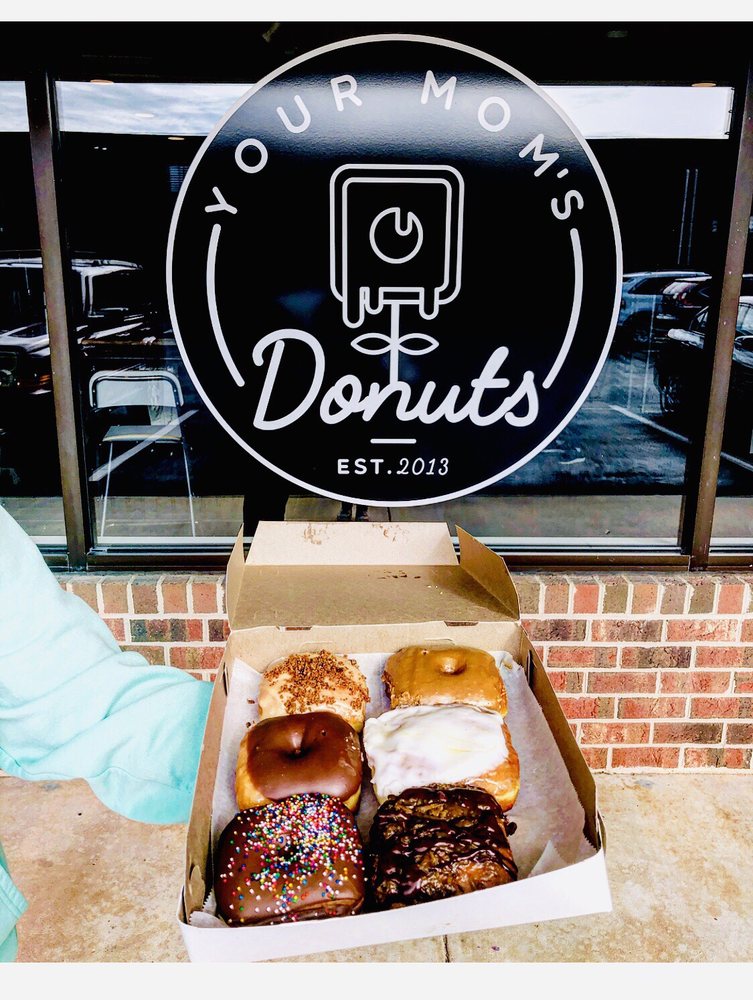 Forget Dunkin Donuts and try one of Charlotte area’s best donut shops – Your Mom’s Donuts. Your Mom’s Donuts has two locations but Matthews is where all the action happens. At this original location, donuts are made from scratch and baked fresh daily for your donut enjoyment. Each day, you’ll find 12 to 15 flavors from your standard classic glazed to limited-time specialty flavors like samoa and thin mint.

2. Get your plaid on at Buffalo Jackson Trading Co. 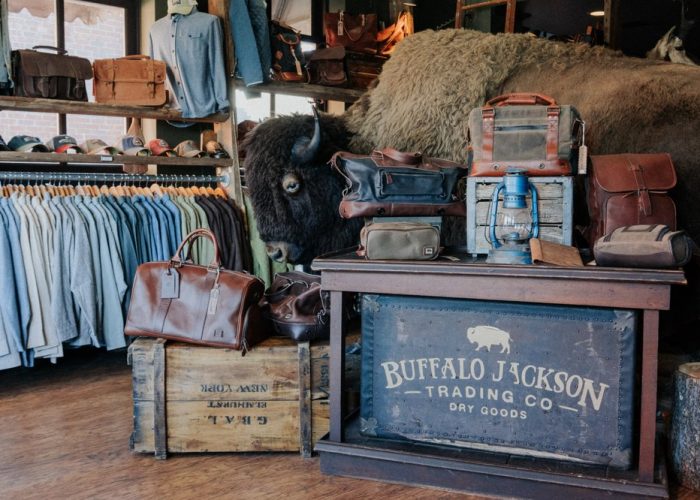 Bringing Colorado vibes to the Matthews area, Buffalo Jackson was founded in Colorado Springs, CO before moving their headquarters to the town of Matthews. Walking into their store in Matthews feels like walking into an old general store out west. Find offerings like leather bags, wallets, and outerwear. 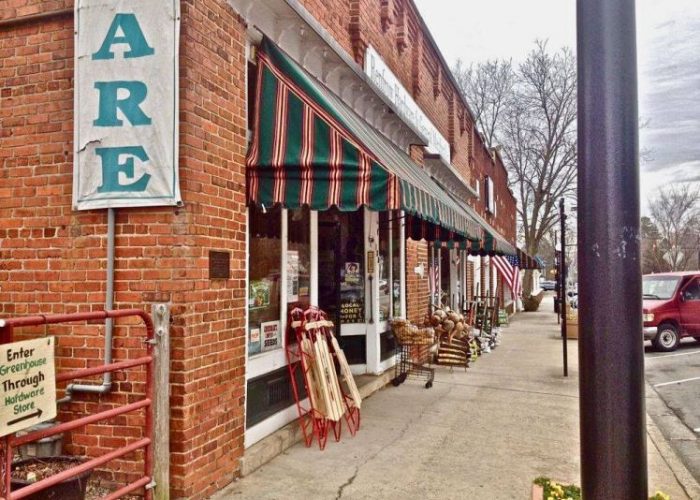 Take a casual stroll through the charming, historic downtown area of Matthews. Stop by Renfrow’s Hardware, an old-fashioned hardware and general store that’s been in business for over 120 years – one of Matthews’ oldest stores! A quick walk down the road, you’ll find the Matthews Heritage Museum. For $4, take a step back in time and explore the history of Matthews through their various collections. Visit Stumptown Park, named in recognition of the original name given to the community in the early 1800s. Grab a bite to eat at one of many eateries in the area from bbq at Mac’s Speed Shop to crepes at the Royal Café and Creperie. 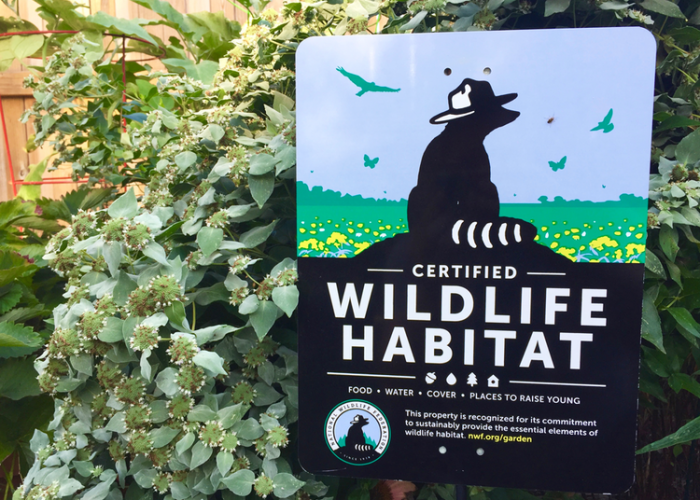 Take a drive through Matthews and appreciate the green – not many towns are like this! In 2012, Matthews became the 64th community in the United States to earn the distinction of becoming an Official Certified Wildlife Habitat through the North Carolina Wildlife Federation. Community efforts to preserve green spaces has afforded the town this title for almost 10 consecutive years.

The town’s growth policies have reduced the dependency on automobiles, making the community very bicycle and pedestrian-friendly. A 2008 tree ordinance, preventing the removal of native trees by developers during construction and calling for the use of native plants in landscaping, has helped to preserve wildlife habitat and the health of waterways. On-going efforts from various environmental groups in the area work to make Matthews more environmentally friendly every day.

5. Pretend you're a cheese expert at the Loyalist Market 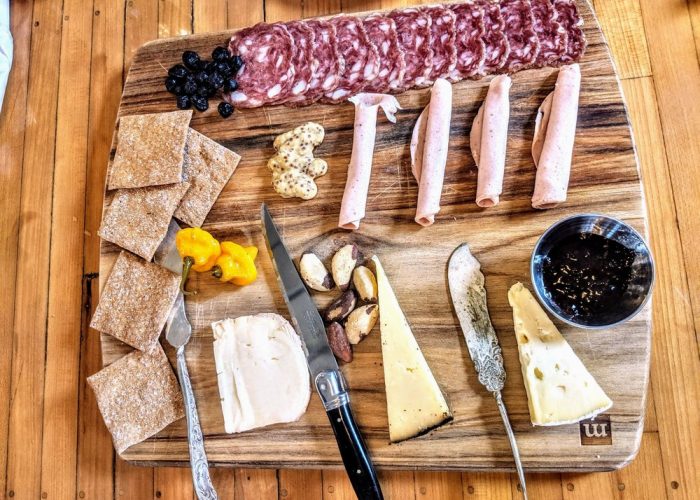 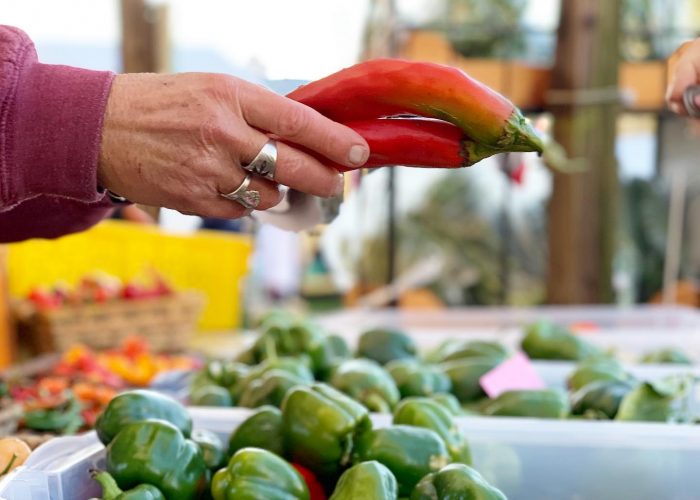 Every Saturday morning, Downtown Matthews transforms into a lively community gathering place as people meet to shop at the local farmers’ market. The Matthews Community Farmers’ Market was created in 1991 by founders who strived to create a space which would not only support local farms but also bring back a sense of community to Matthews. The farmers market is the largest producer-only farmers market in the Charlotte area. All products are grown, raised, or made within 50 miles of Matthews. What a great place to support local farms!

We specialize in the area! 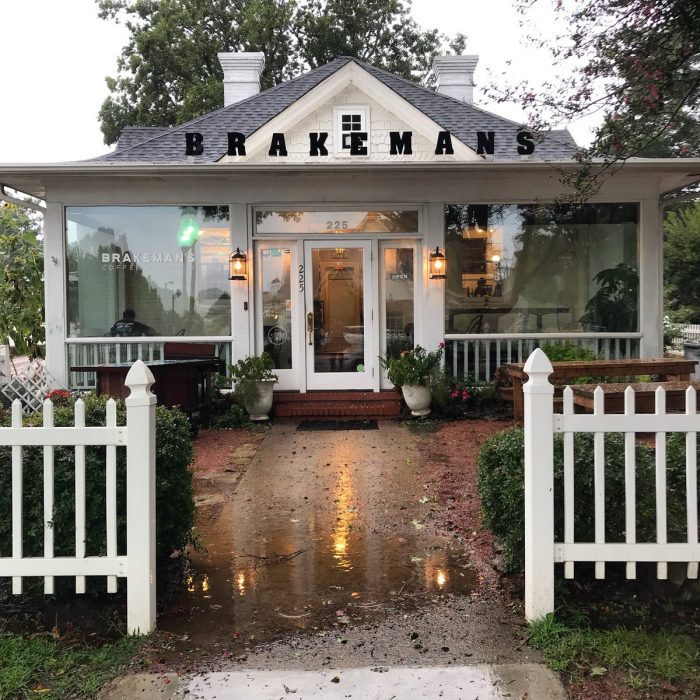 Located on the railroad, smack dab in the middle of Matthews, this iconic coffee shop is a great place to get your coffee fix. The coffee shop is a favorite among locals; oftentimes you’ll find local officials stopping by for meet and greets. Walking into this coffee shop feels like stepping into a Hallmark movie where the baristas know your name and friends gather for their afternoon chat. Try one of their fresh pastries or unique coffee creations like ‘lavender latte’ or ‘ticket to London’.

8. Play with your dog at McAlpine Creek Park 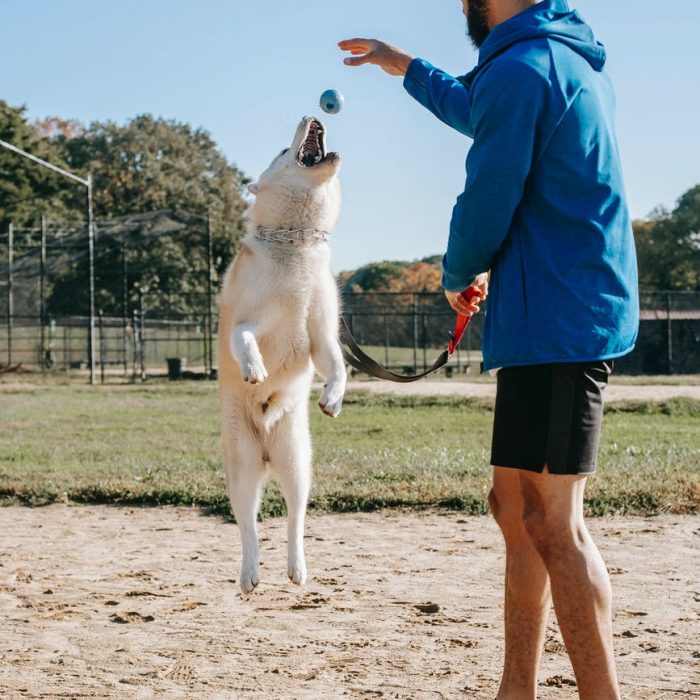 A favorite for dogs and people alike – Mcalpine Creek Park features one of the largest dog parks in the Charlotte area, a fishing pier, 3 acre lake, 5 soccer fields, 2-mile bike trail, gazebo, and 5k championship cross-country course. Spend an afternoon bird watching in the swamp (spoonbills have been spotted here!) or ride bikes on one of their many bike trails. It’s one of our favorite parks in the greater Charlotte area! 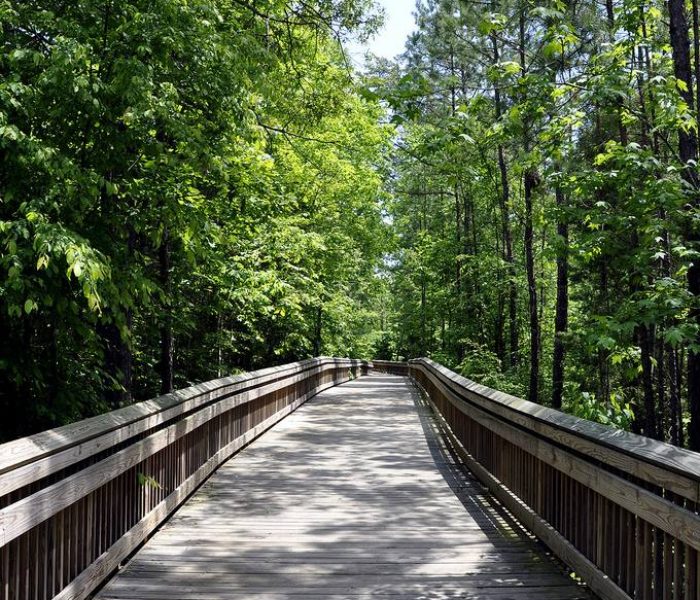 Hop on your bike and head over to Four-Mile Creek greenway for an evening ride. The out-and-back trail runs from Squirrel Lake Park to East John Street. The bike trail, made up of both paved and boarded areas, is accessible for all. Take in the atmosphere as you travel through 4 miles of Charlotte’s forests, wetlands, and across various creeks.

10. Treat yourself to a dessert crepe at the Royal Cafe & Creperie 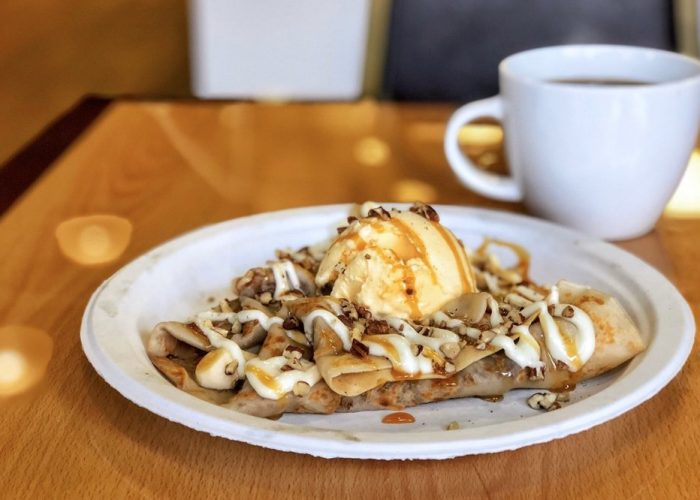 Try one the Royal Café’s many crepe offerings – an El Rancho crepe for breakfast, a smokey chipotle chicken crepe for lunch, then one of their popular Bavarian cream crepes for dessert! The contemporary café is located right around the corner from Matthew’s public library. Check out a book then head over to the cafe for crepes and coffee!

11. Spend the day at the Matthews' Alive Festival

Every year over Labor Day weekend, Matthews non-profits come together to host the Matthews Alive Festival, a celebration packed with family activities, food, arts, and entertainment. In 2019, over 150,000 people attended and $1.6 million was raised for local non-profits. The festival is free to attend! 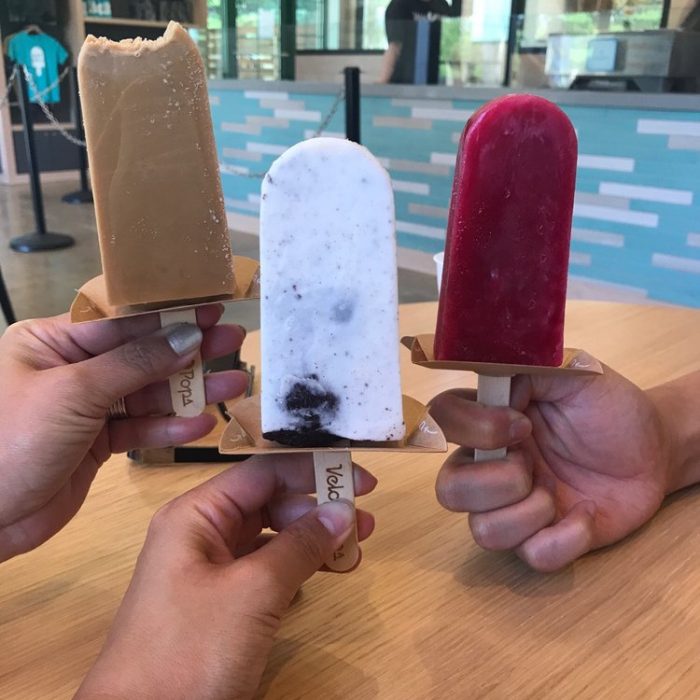 Velo Pops – Matthews very own pop shop! Velo pops offers fruit and cream-based pops that are made daily with all-natural, fresh ingredients. Try one of their popular salted caramel pops or one of their seasonal offerings like pumpkin cheesecake or peaches and cream. During summer months, they cater events with their pop cart.

13. Shop till you drop at Sycamore Commons

One of Matthews’ largest and most popular shopping centers, this is a one-stop shop for all the essentials. The shopping center has over 41 shops ranging from well-known businesses like Costco to local names like Chicken Salad Chick. Pick-up some groceries, shop for clothes, then grab a bite to eat at one of the many restaurants in the area.

14. Order all the meats at Kabab-Je Rotisserie & Grill 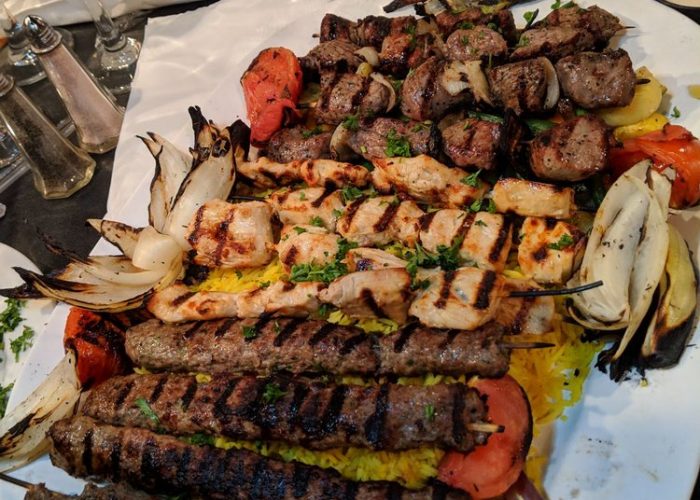 Located in the Sycamore Commons shopping center, Kabab-Je Rotisserie & Grill serves up your favorite Lebanese and Mediterranean dishes. The food is authentic and the portion sizes are large which keep people coming back again and again. Try their chicken shawarma – it’s one of the best in town!

15. Shop for art at Matthews' ArtWalk and MusicFest 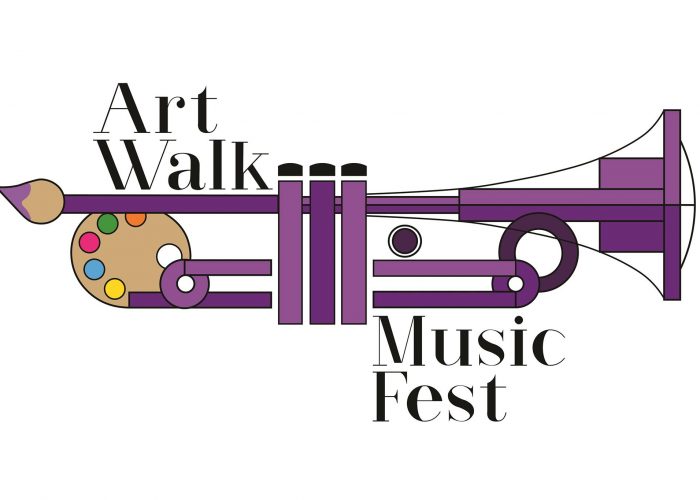 Another popular event in the Matthews area is the Matthews’ Artwalk and MusicFest! The September event brings local art, live music, dance, and great food to downtown Matthews. The event is free to attend. Proceeds from the event benefit the Greater Matthews Habitat for Humanity.

Win a Free Gift Card From a Charlotte Business!
We're giving away a free gift card every month. Simply type your email below to enter the giveaway.
No thanks, I don't like local businesses