Your Guide to Moving to Winston-Salem, NC 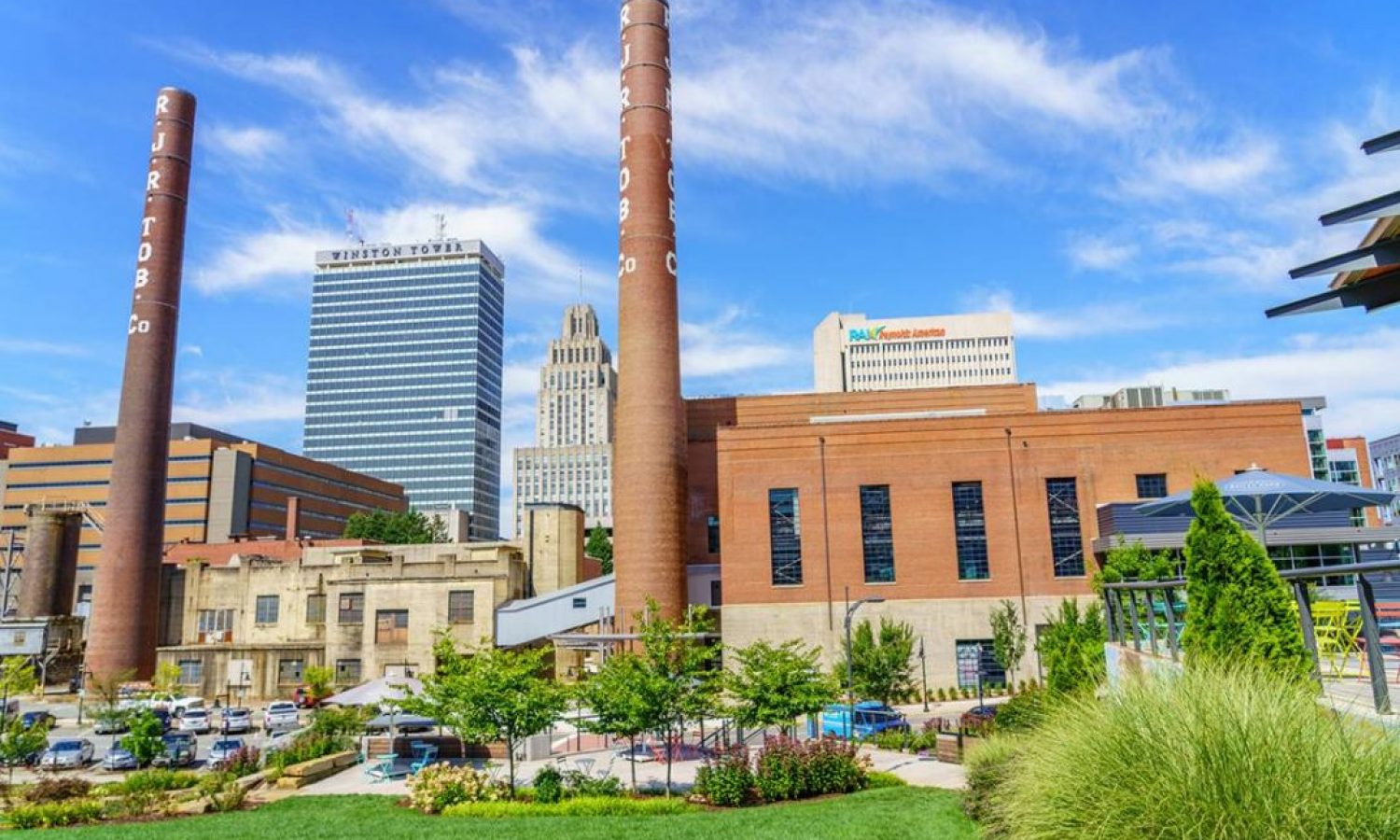 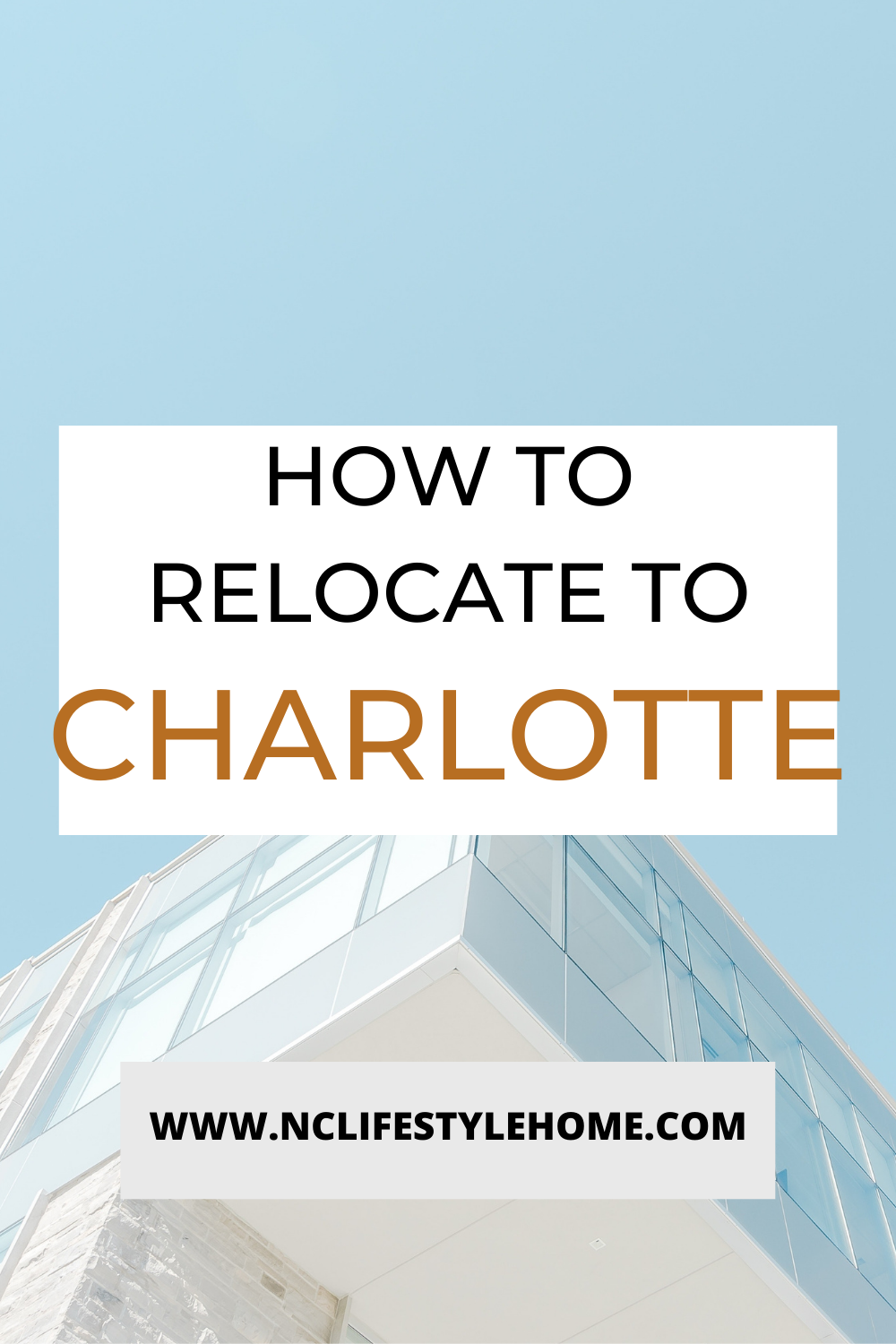 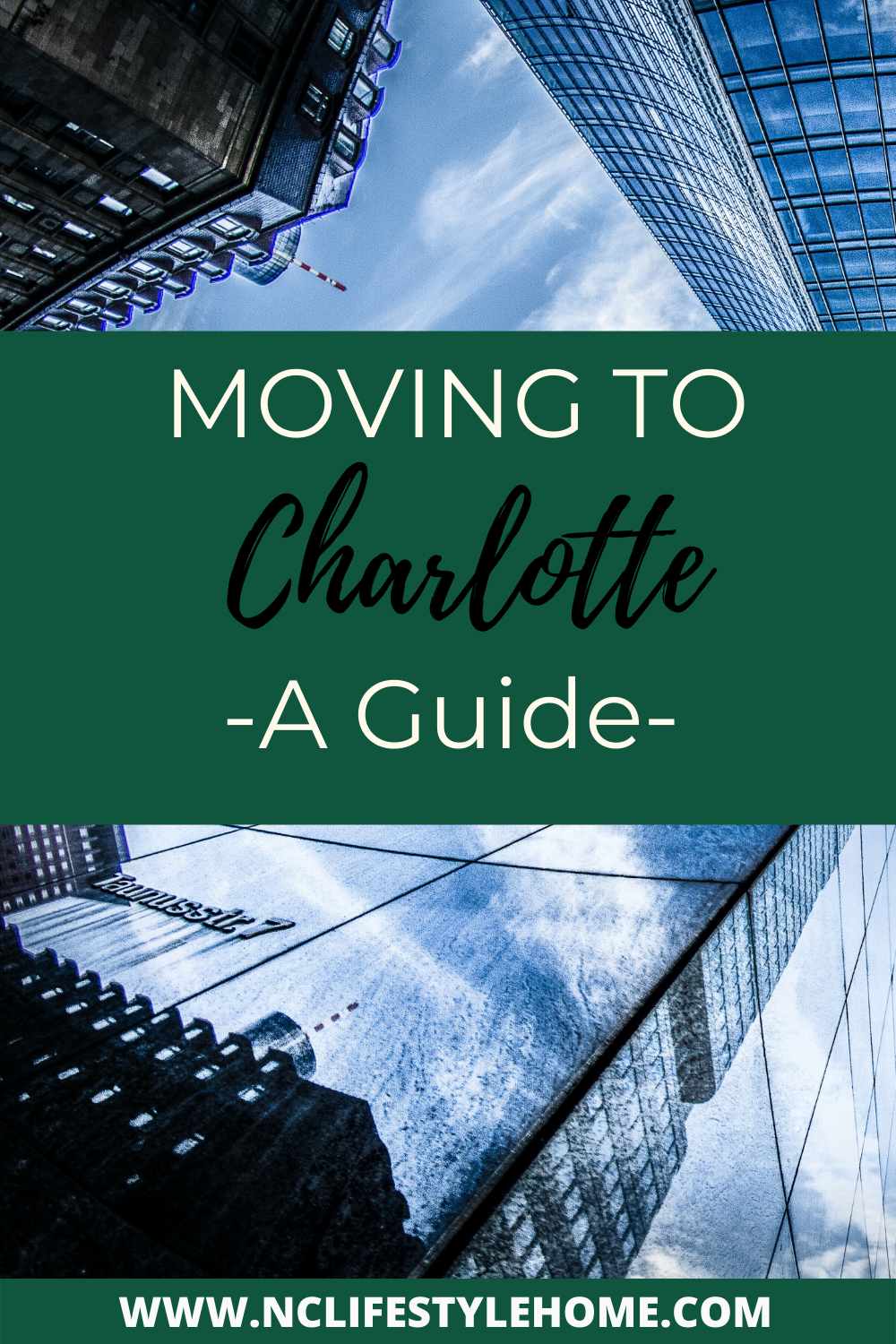 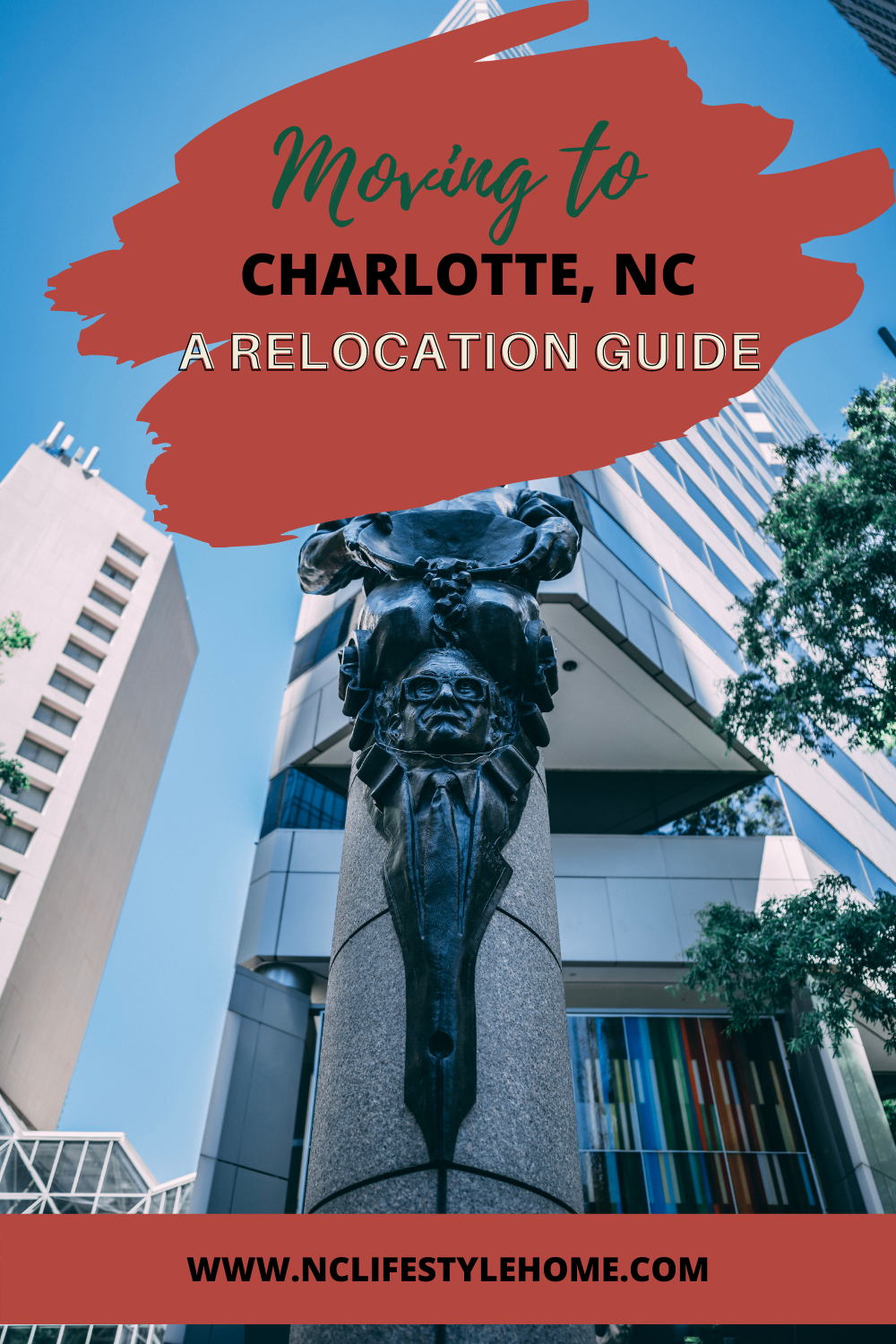 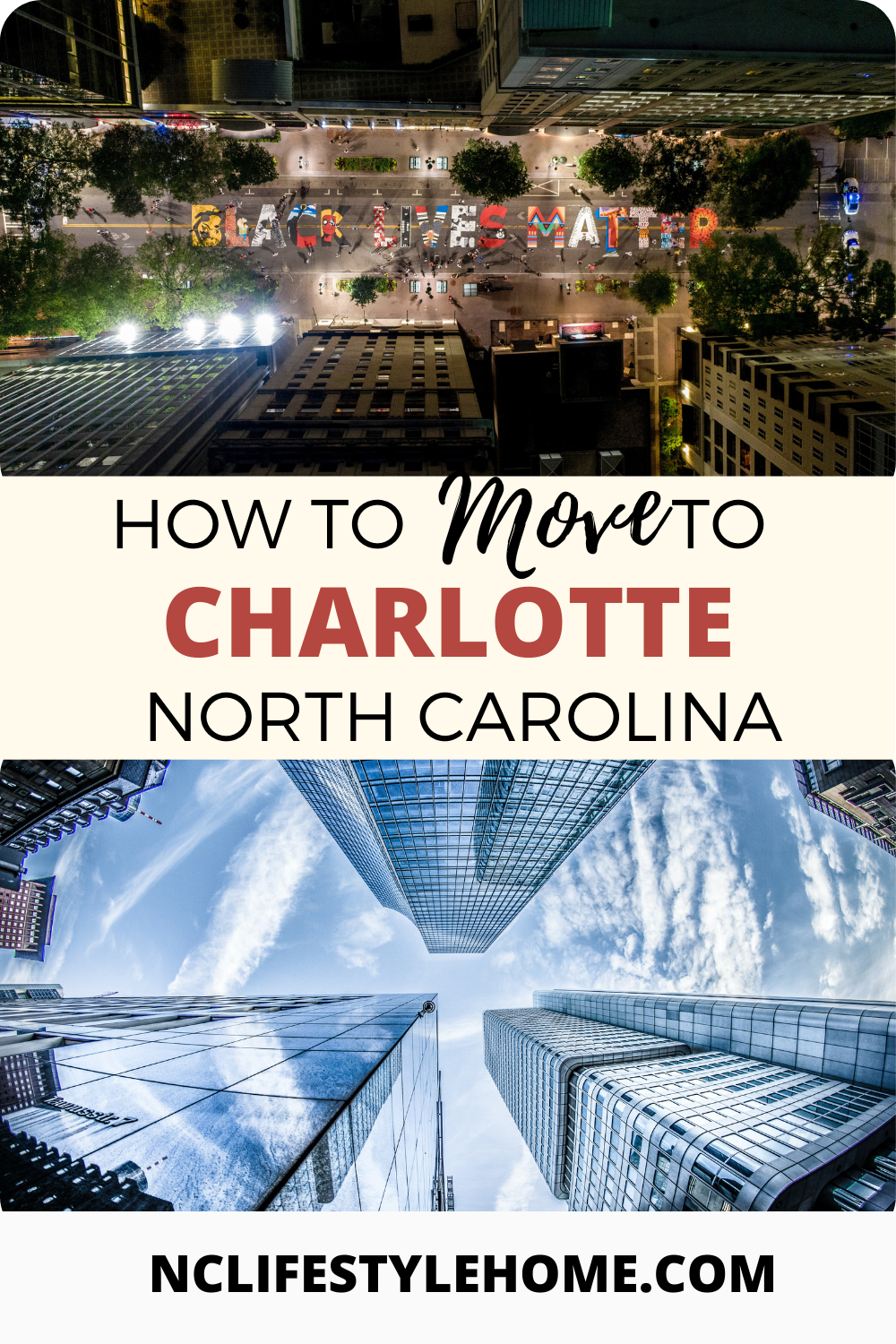 Winston-Salem, North Carolina, has the feeling of a small town wrapped up in a big city. Once known for industries like tobacco and textiles, it has broadened its appeal as a center of art, culture, and food while still playing homage to its past. From shopping to street art to living history museums, there are lots of things to do in Winston-Salem and plenty of people to meet when you move to Winston-Salem.

We’ve compiled the following resources to help you prepare for the move:

The weather in North Carolina is relatively mild compared to many other areas of the country. Residents are able to experience all four seasons, including a spectacular leaf-peeping fall, snowy winters, blooming springs and warm summers. It’s unlikely that you’ll experience many (if any) frigid blizzards or sweltering heat waves after moving to Winston Salem. 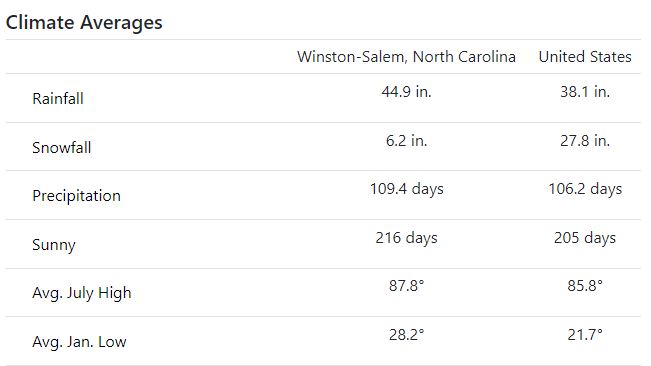 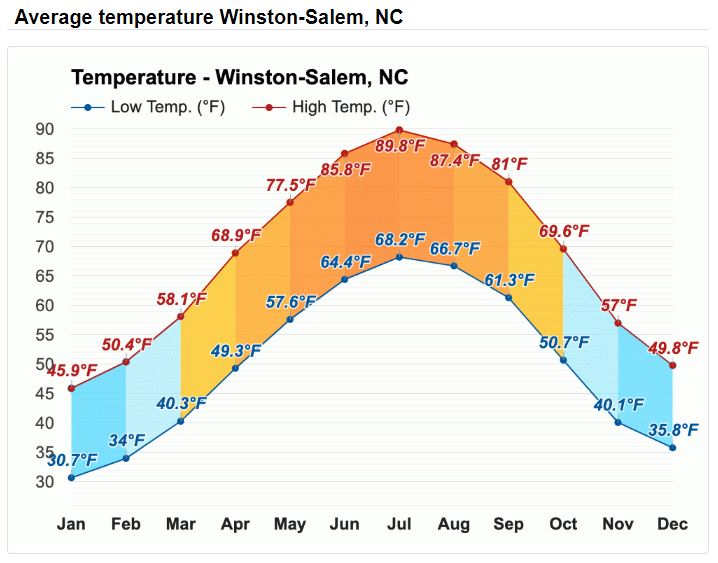 The history of Winston-Salem, North Carolina dates back to 1753, when a devout, religious group from Eastern Europe called the Moravians immigrated to the American shores. These Moravians were drawn to the North Carolina coast because of its famed, fertile soil and endless possibilities.

In 1849, the residents of Salem sold some of the city’s land to the county of Forsyth, so that the county could build and establish a county seat. This land was developed into the town of Winston, named after Joseph Winston, a famous Revolutionary War hero. In the late 1800’s the two towns were connected to the North Carolina Railroad. In 1899, the U.S. Post Office moved into Winston. Because of the proximity to Salem, the office began referring to the two together as Winston-Salem. This union remained unofficial until the incorporation of the combined city in 1913.

By 1920, the city had become the largest in North Carolina. It was even the largest city between Washington D.C. and Atlanta. This meant that commerce and travelers frequently passed through. Businesses such as Wachovia Bank and Trust, Texas Pete, Krispy Kreme, and Piedmont Airlines had mad the city their corporate headquarters and the commercial center of the city began to grow.

The Reynolds’s family and the employees of the tobacco company played an integral role in the establishment of the city we know today. By the 1940’s, over 60 percent of all residents in the city worked for either Reynolds or the Hanes textile factories, which had also made their home in the city. Around this time, the United States designated the city as an official port of entry into the country, even though the city was over 200 miles from the coast. This was because R.J. Reynolds was importing so much French cigarette paper and Turkish tobacco that the city had become the nation’s eighth largest import/export center.

Today, the city is the fifth largest in North Carolina. It is home to a thriving commercial and industrial corporate community. The city’s reputation as a home for arts, culture, and innovation still rings true today. This can be seen in the city’s nickname of “the city of arts and innovation”. Over the years the city has gone to great lengths to preserve its rich history and culture. Visitors to the area are sure to find relics of the past on every corner and are even able to walk in the shoes of the Moravian settlers. These twin cities have played and continue to play a significant role in the history of North Carolina and the United States. 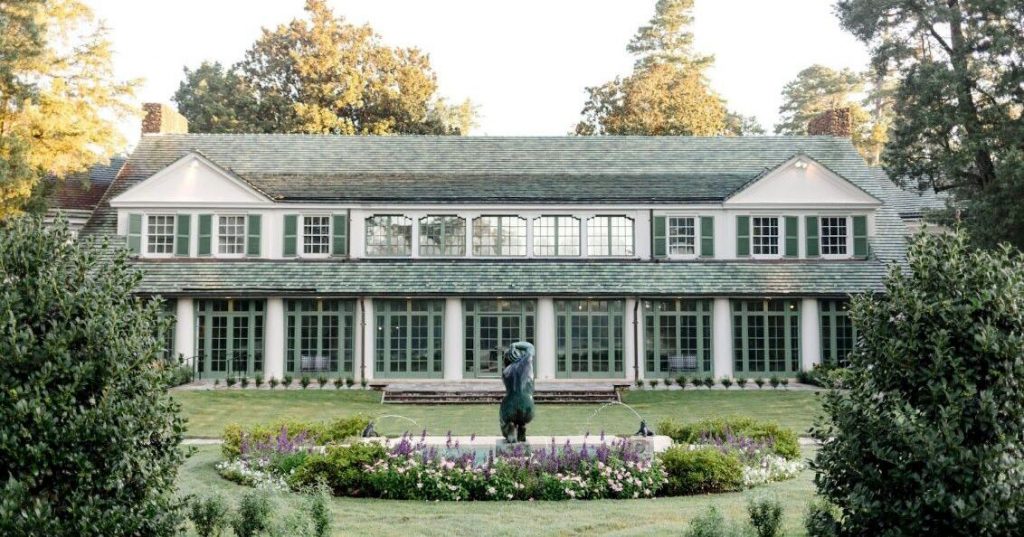 One of the most appealing aspects of living in Winston-Salem is the bang you get for your buck. Winston-Salem is ranked among the top 25 cities nationally in terms of housing affordability and has a lower cost of living than Raleigh, Charlotte, and many other cities across the country.

Newcomers are flocking to the area and for good reason. From downtown lofts to single-family homes with lots of land, Winston-Salem has options to appeal to everyone.

Here are a few of our top picks for the Best Neighborhoods and Suburbs in Winston-Salem:

Ardmore is one of the largest and most popular communities in Winston-Salem. This beautiful historic district is known for its charming homes and tree-lined streets. Ardmore is located southwest of downtown between both major hospitals. The median list price for a home here is $285k. 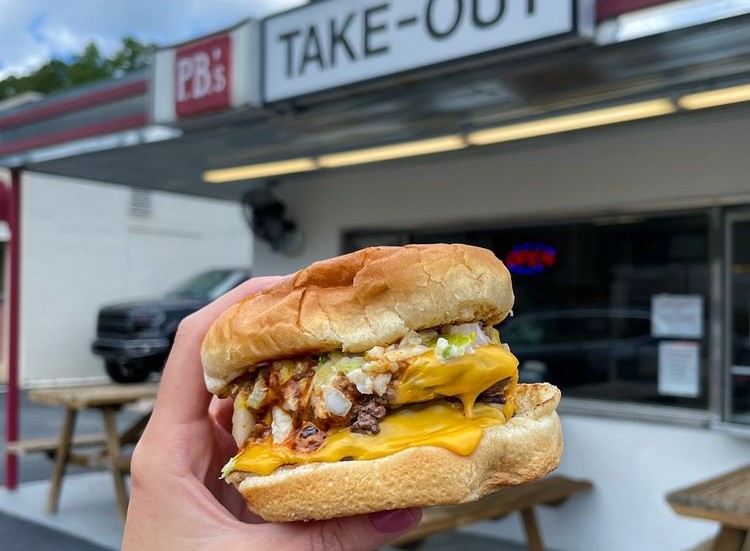 The West End was designed as a picturesque streetcar neighborhood outside of downtown Winston-Salem. The homes in West End date back to as early as 1887, with beautiful architectural styles like Classical Revival, Queen Anne, and American Craftsman. This historic neighborhood is known for its quirky homes and hole-in-the-wall restaurants. The median list price for a home here is $328k. 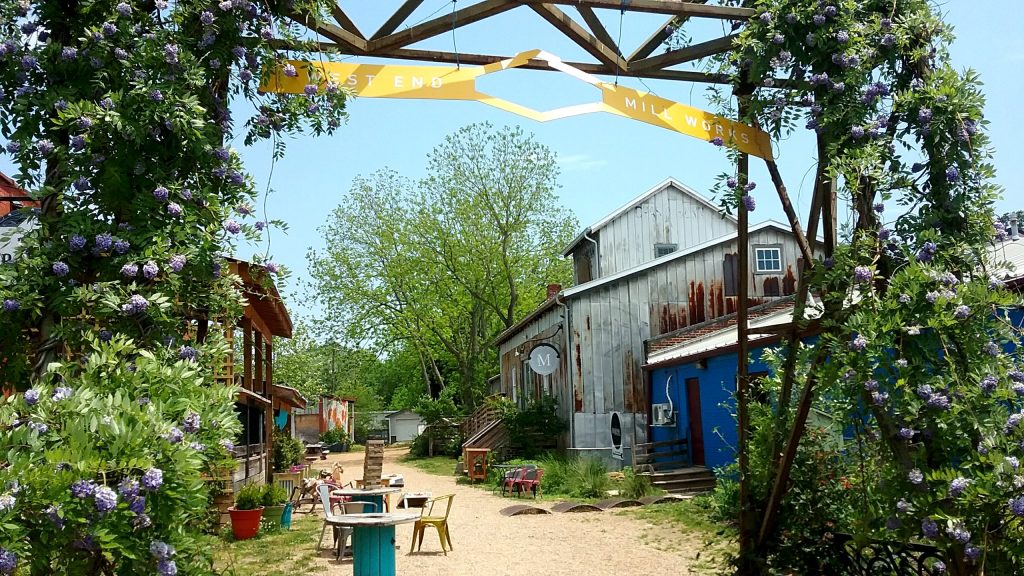 Buena Vista is located just minutes Northwest of downtown and is considered one of the prettiest neighborhoods in Winston. This tree-lined neighborhood is filled with gorgeous stately homes and unique shops. Locals call the neighborhood ‘Byoo-nuh Vih-stah,’ unlike the common pronunciation that you would hear in other parts of the U.S. The median list price for a home here is $587k. 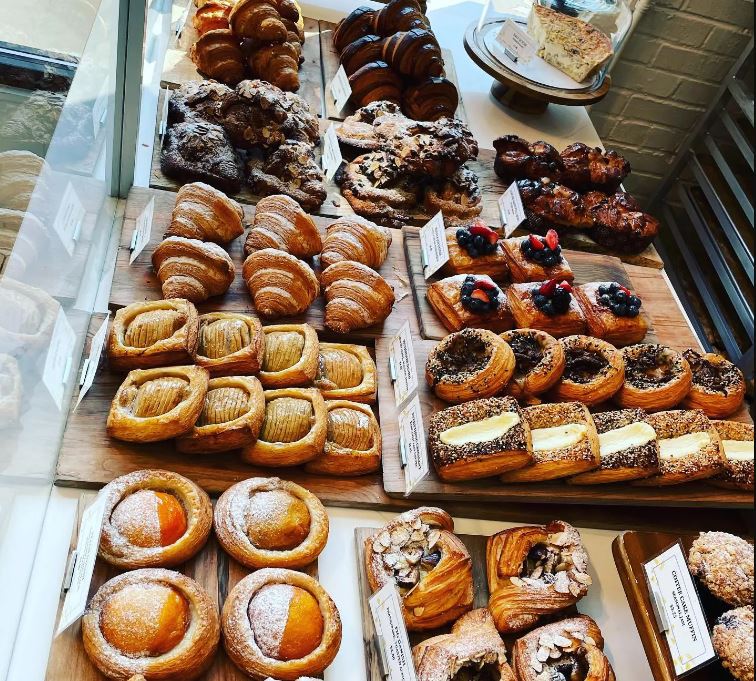 Located just a stone’s thrown from Winston-Salem, Clemmons is one of the fastest growing areas in the Triad. Highly rated schools and close proximity to downtown make this suburb a popular destination for new residents. The median list price for a home here is $385k.

Kernersville is located between Winston-Salem and Greensboro, making it a popular area to live for residents that want to enjoy the best of both cities with an easy commute. With small-town charm and a close-knit community, Kernersville gives you the feel of living in the country while still being close to everything you need. The median list price for a home here is $324k.

Finding a Home When You're Out-of-State

Schedule to Visit Before Moving to Winston Salem

If possible, schedule a time to visit the city prior to moving. This will give you a chance to get a feel for the city and check out neighborhoods. Prior to visiting, be sure to make a list of any neighborhoods and schools that you would like to tour while you’re in the area. Follow the link HERE to see crime rates and stats for different neighborhoods. View school zones and school rankings HERE.

When you find a home you’d like to see, video tours are the best way for us to show you a home without you having to be there in person. Listing photos can often be deceiving so live video tours give you the best sense of a home. We’ll explore every nook and cranny of the home to make sure that you feel comfortable before moving forward. We also recommend using Google Maps Street View to check out the neighborhood and get a feel for commute times.

See more info on buying a home in North Carolina in our Buyer’s Packet below. 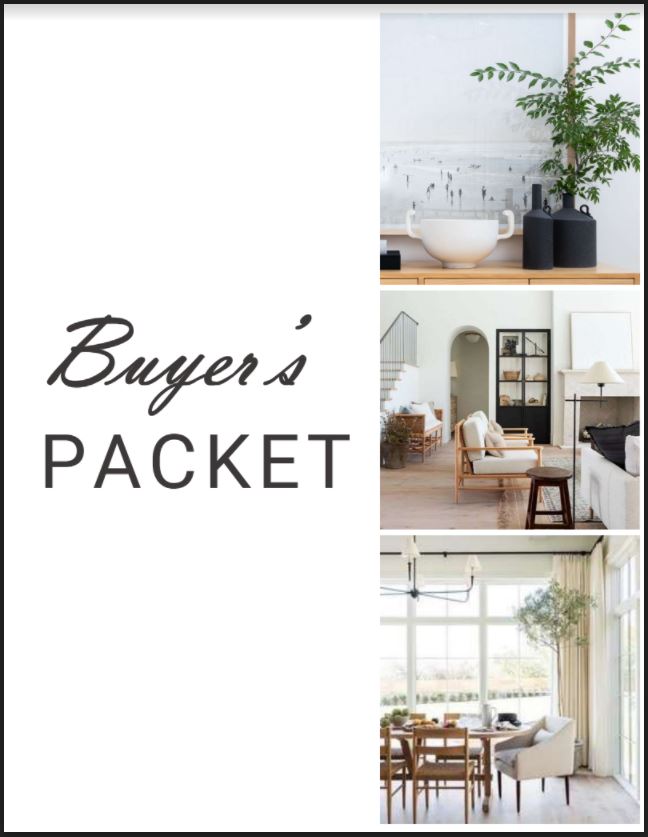 If you are planning to buy a home soon after moving to Winston Salem, we recommend renting a month to month or short-term rental to live in while you shop for homes. Resources for Short-Term Options:

2. Airbnb – Many Airbnbs offer short to long term rental options. In most cases, Airbnbs come furnished and utilities are covered.

3. Corporate Housing – This service specializes in corporate housing and offers fully furnished homes and apartments for varying periods of time.

4. Craigslist: Sublets & Temporary – Many of these short-term rentals are not furnished. These are typically offered by private renters that need to get out of their lease early. Beware of scams!

5. Facebook Group: ‘Winston-Salem Rentals, Apartments, Rooms’ – This is very similar to Craigslist, however it allows for you to get a better idea of who you are renting from (Facebook profiles).

1. Zillow– Many landlords utilize Zillow to list their rentals so many options can be found here. Zillow also makes it easy to apply at multiple places – pay $29 for unlimited applications for 30 days.

2. Saunders Property Management – A local property management group that specializes in rental property. This is a great place to find homes for rent.

3. Bruins Properties – A local property management group with over 70 home rentals in the area.

There’s so much to do and so much to see in Winston-Salem! From historic sites to bbq to hiking, it’s easy to find something to do in Winston. Winston-Salem is also conveniently located between the Blue Ridge Mountains and the Atlantic Ocean for easy day trips.

Here’s our list of top things to do in and around Winston-Salem: 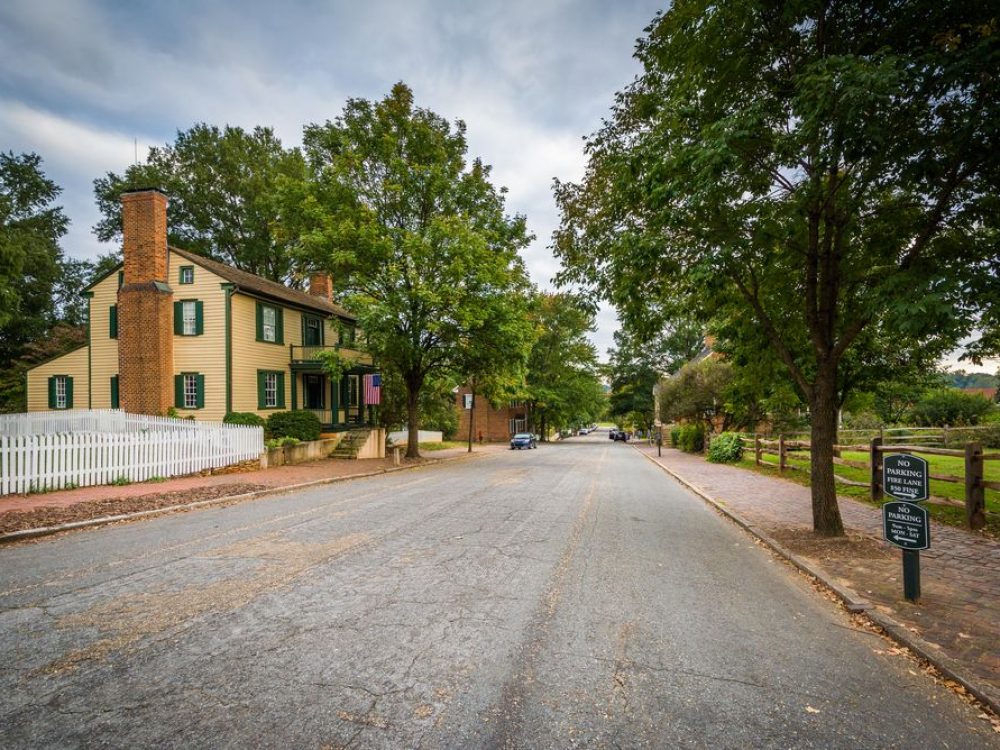 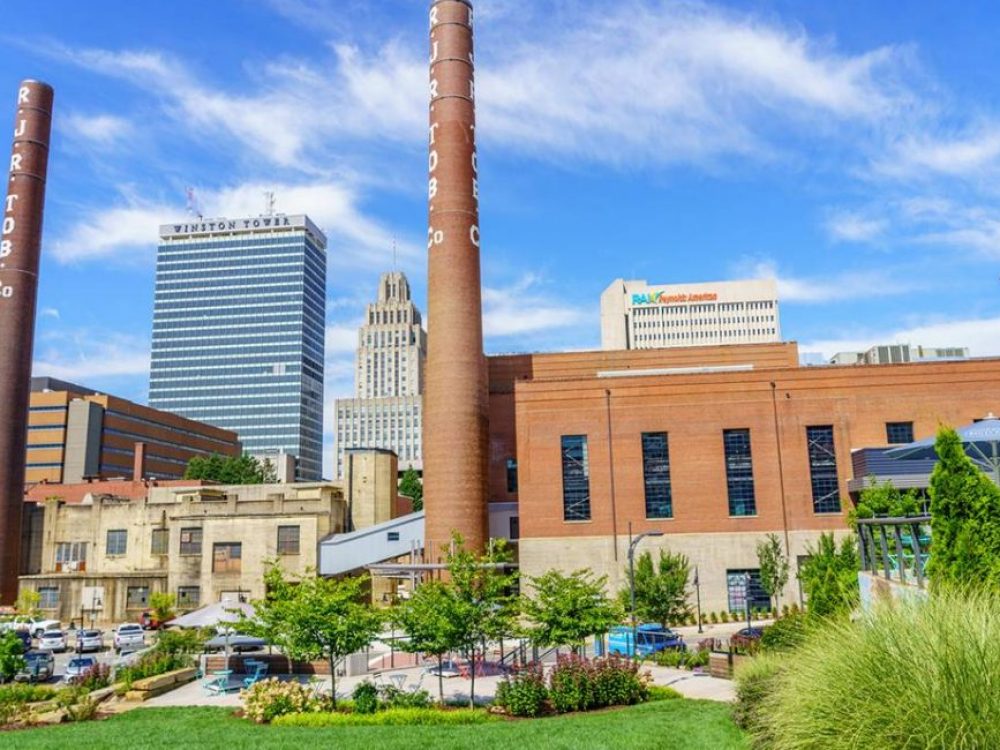 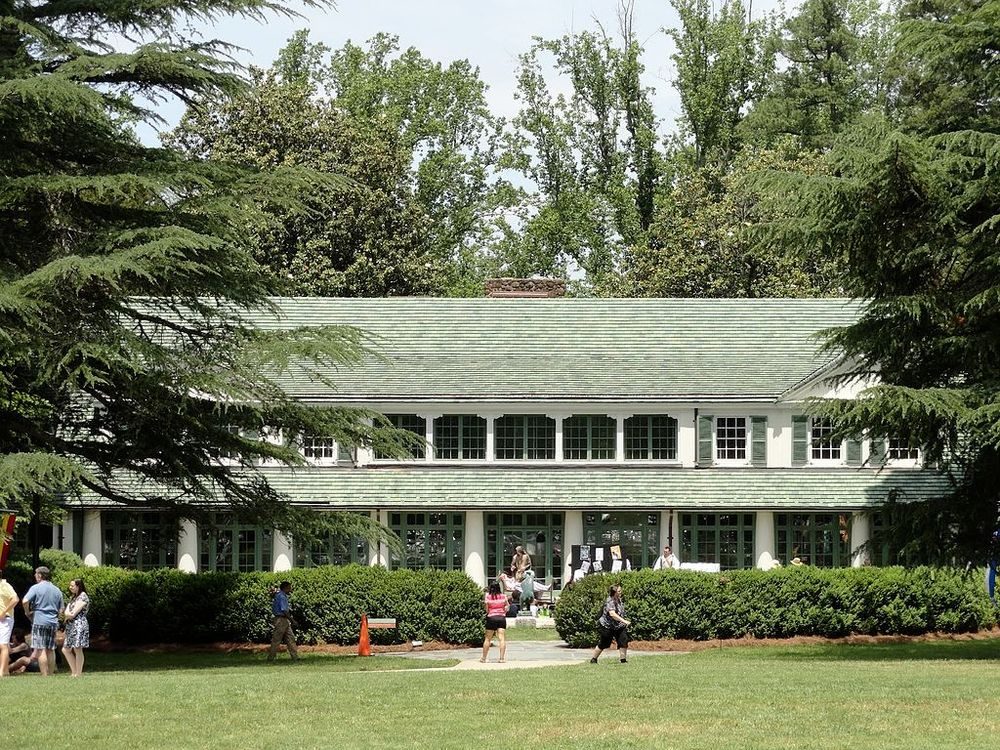 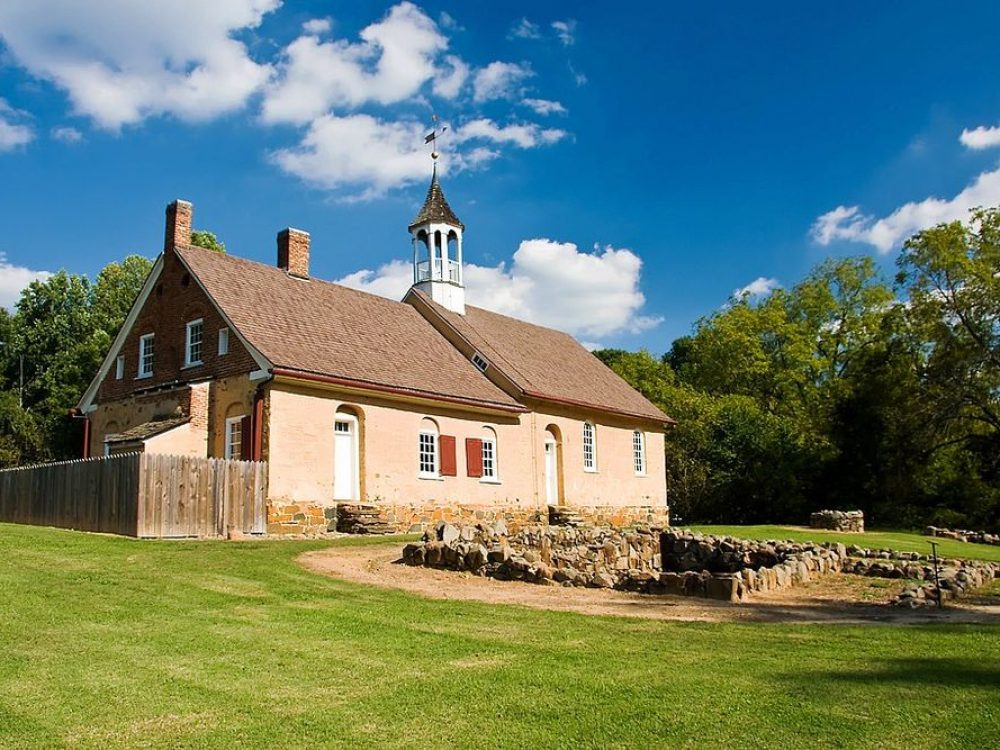 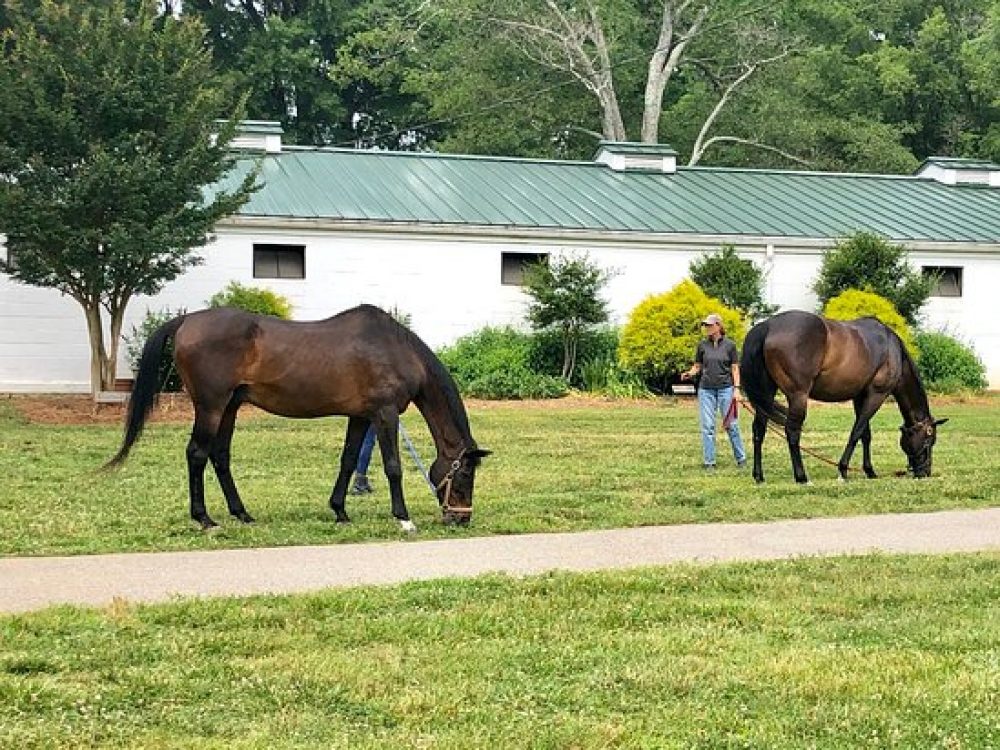 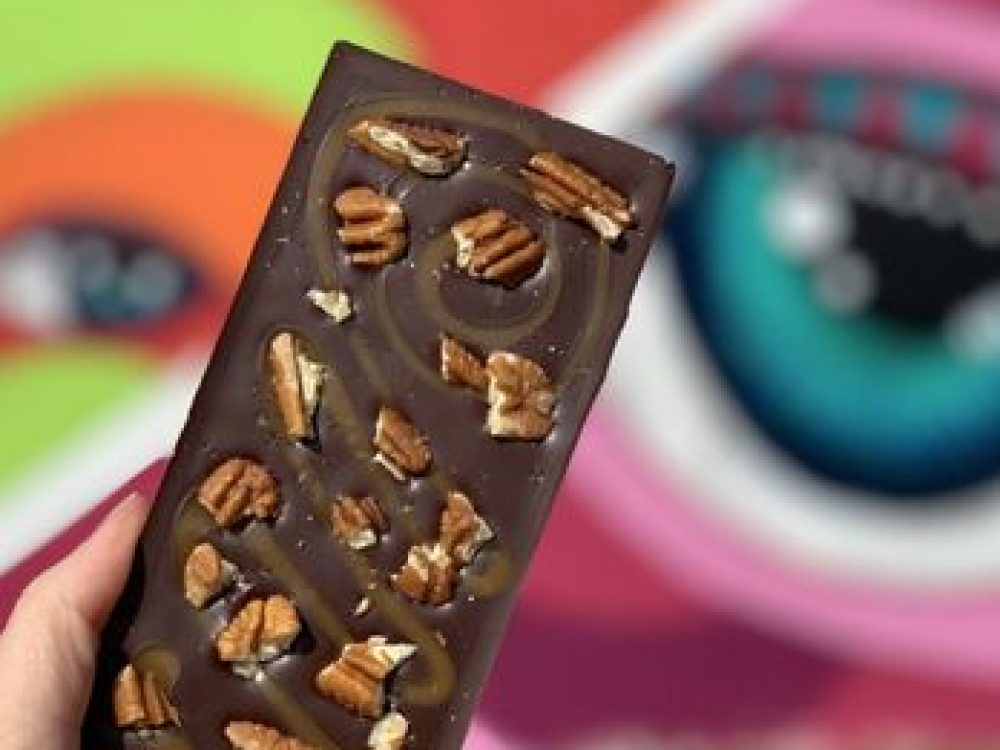 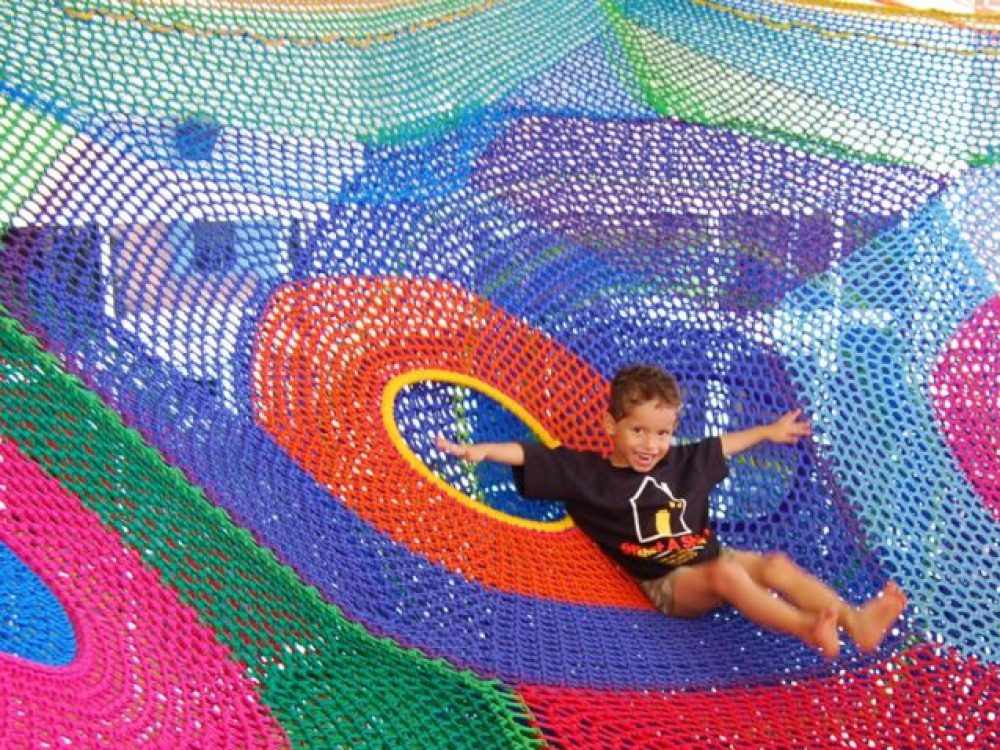 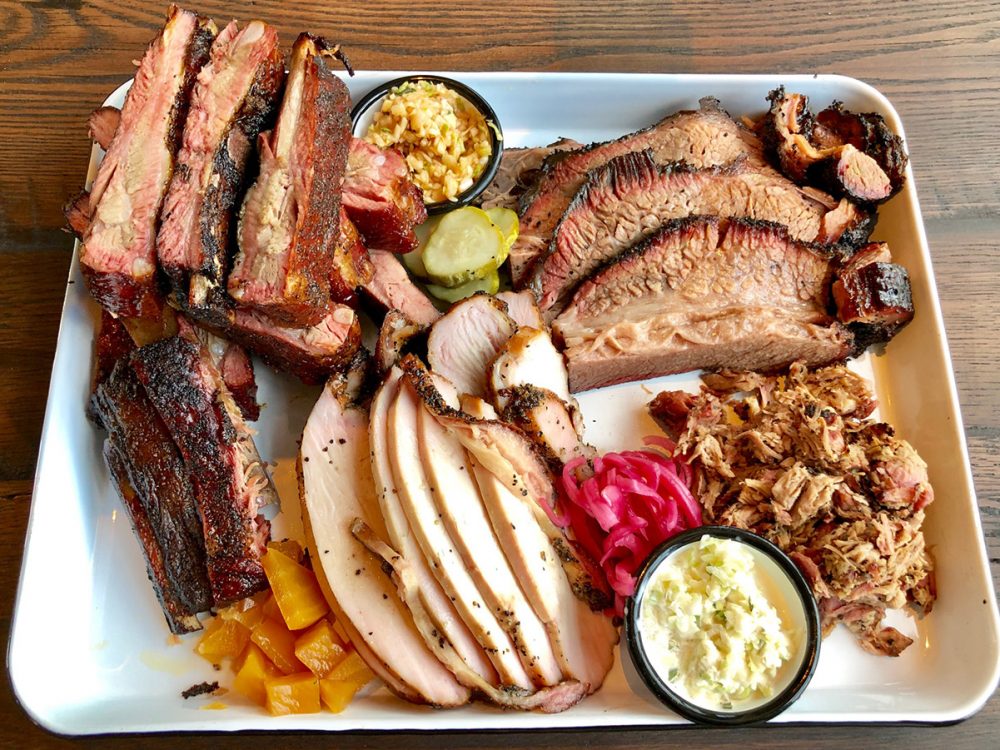 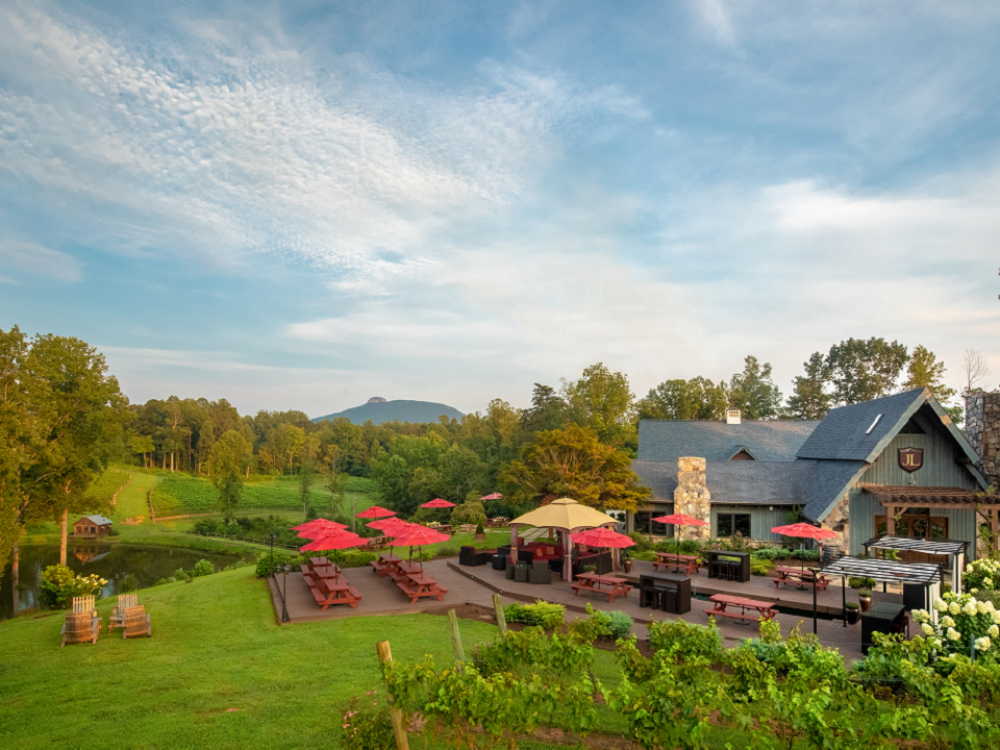 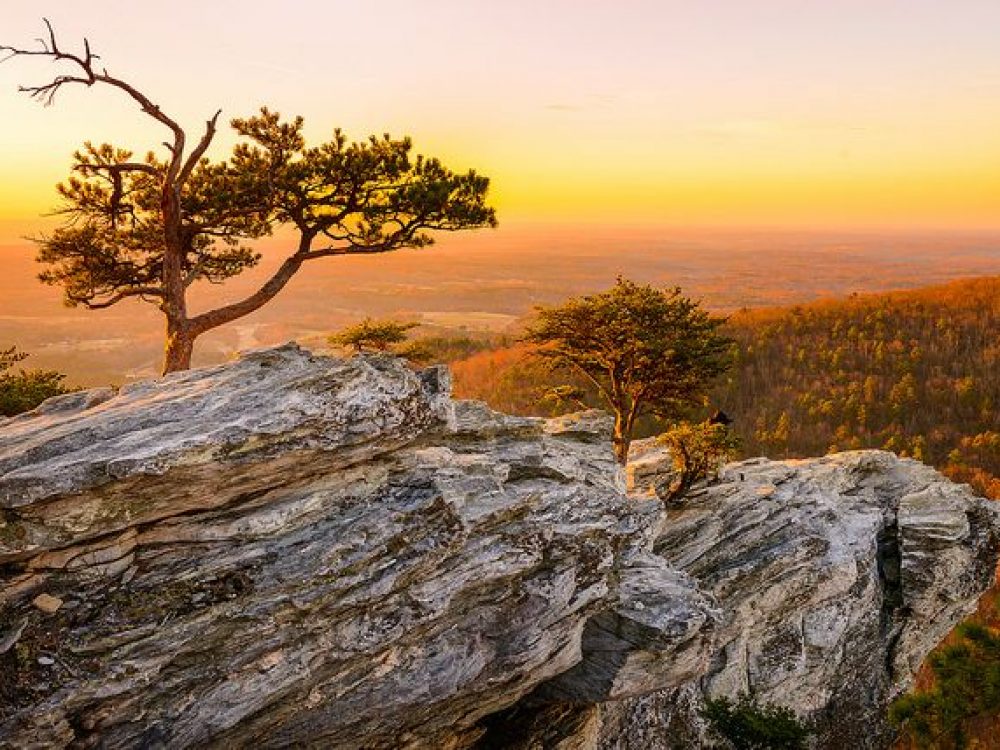 Here are some of our most requested links for Winston-Salem:

Volunteer Opportunities in the Triad

Top Hikes within 1.5 hours of Winston-Salem

Best clubs/groups to get a free or cheap workout in

Where to Spend Date Night in Winston

Have questions about moving to Winston Salem? Ask Away!